We will still also be livestreaming each Sunday morning @11:00am via Youtube.

Maybe it's not the most romantic place we've been or the most romantic thing we've done on our anniversary but it was quite meaningful for both of us. After a good night's sleep, the team headed out to a poor neighborhood in La Ceiba to conduct a medical clinic. Our caravan pulled off the main road onto a side road and after a mile or so we turned down a hill onto a one lane gravel road. At the end of the lane 50 - 60 men, women, and children were already gathered on the outdoor church patio. We quickly set up the dental area, identified one of the pastor's bedrooms as the prenatal exam room, set up the pharmacy, and two other consultation areas. We also set up two tents in a vacant lot where we would supervise the children while their parents received car. The children colored, played nutritional bingo (fruits and veggies instead of numbers), heard Bible stories, played soccer, and practiced English. Here's what our team did (with some variation as the day went along): I helped with the children in the morning and then helped Shelley in the pharmacy in the afternoon. Shelley worked in the pharmacy all day long. Harvey worked with the children all day. Gail took weight and height measurements all day as part of patient intake. Claudia helped with intake all day. Kelly, Caleb, Elena, and Jaqcue helped with kids all day. Diane saw patients and wrote prescriptions all day. Jessica helped in the pharmacy all day but was also able to do seven nutritional consultations. I haven't heard today's statistics yet but it seemed a lot like Monday. On Monday we saw 226 patients and gave out 126 baggies of vitamins. We had to have seen almost as many patients today but the space was much more efficient and we drank water and Gatorade in great quantities. No one got dehydrated today! As for our anniversary what better way could there be to celebrate an anniversary. Shelley thought ahead and brought me a card. I made arrangements with the missionaries here to have a nice bouquet of native flowers to the restaurant the team is eating at tonight. God has really blessed us--our marriage and our team. Can't wait to see what God will do tomorrow! 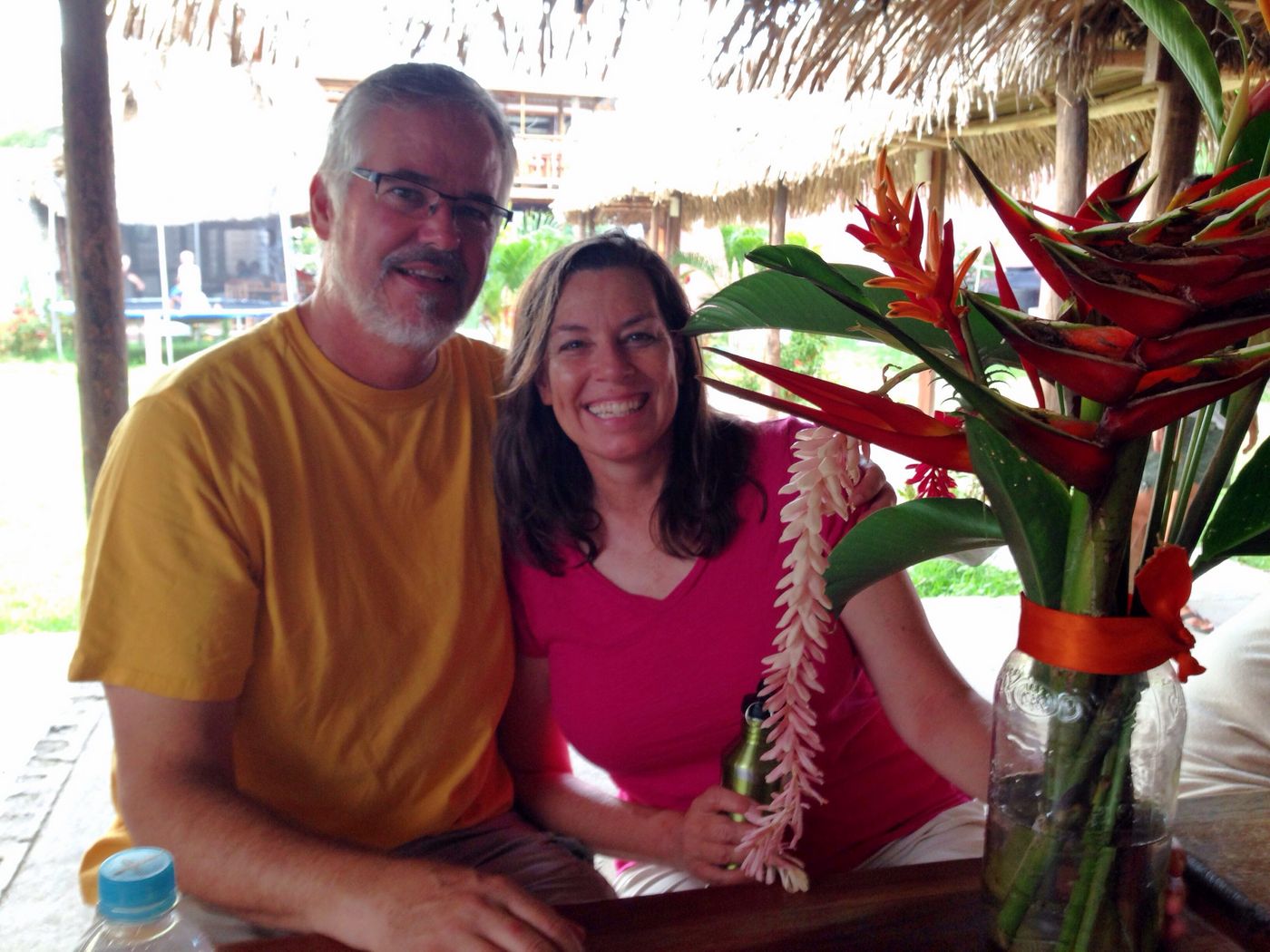 Happy Anniversary you two. What a great example you are to your church family! May God pour his blessings over you both!

Happy Anniversary! It sure was a memorable one!

Reopening the Church for Worship May 24

Responding to the COVID-19 Crisis

What is the Pastor up to?